The principal objective of the project is to provide a deep conceptual and formal analysis of the notion of commitments of a foundational theory, where the latter expression stands for a theory that can develop a significant portion of mathematics. The notion of a commitment is essentially involved in many discussions in contemporary formal philosophy. The project focuses on the following two types of commitments.

• Epistemic commitments of a theory Th: sentences of the language of Th (possibly with the truth predicate added) that should be accepted once we accept the axioms and the inference rules of Th.

• Semantic commitments of a theory Th: restrictions on possible interpretations of Th imposed by the axioms and the deductive machinery of Th.

A typical example of an epistemic commitment of a theory Th is the consistency statement: it has been claimed that when you accept Th, you should also accept that Th is consistent, even though by Gödel’s second incompleteness theorem, the consistency of Th cannot be proved in Th itself. Another example is the statement that all theorems of Th are true. Semantic commitments differ from the epistemic ones in that we do not require that they can be described in the language of Th (even enriched with the truth predicate). A description of such commitments involves explaining how our specific choice of axioms restricts the class of possible interpretations (or models) of Th. The project consists of the following main three tasks.

Task 1: Providing a general characterisation of the scope and the source of epistemic commitments.

Task 2: Analyzing the truth axioms and the epistemic commitments they generate.

Task 3: Analyzing the truth axioms and the semantic commitments they generate.

This is an interdisciplinary research project, engaging both philosophy and formal disciplines. Accordingly, apart from the methods of philosophical analysis, the techniques of modern logic will be extensively employed. In particular, the tools and techniques of arithmetic, model theory, set theory, recursion theory, and proof theory will be of crucial importance.

The project has received funding from the National Science Centre, Poland (MAESTRO project number 2019/34/A/HS1/00399). The project is realized at the Faculty of Philosophy, University of Warsaw.

Our next meeting takes place on 09.12.2021 at 6.30 pm (CET). Our speaker is Mateusz Łełyk who will deliver the talk „Proof-theoretic analysis of believability” 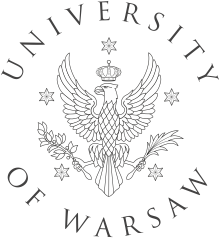